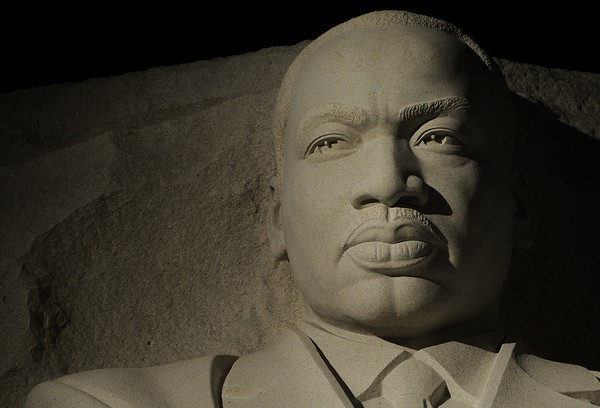 This year for the 29th time,  OAR pays tribute to the life and work of Dr. Martin King, Jr. and the Civil Rights Movement he led. In the words of the poet, Miller Williams, the work of the Dr. King and Civil Rights Movement put the United States on the road to becoming “the nation we were meant to be.” Could Dr. King or for that matter most people have imagined that President Barack Obama would become the President and be elected not once, but twice!

Lois Mothershed Pot, a veteran of the Civil Rights Movement will share her thoughts. Lois was the first African-American president of the National Christian Students Union and the first black student in her university. Her sister, Thelma Mothershed, was one of the “Little Rock Nine,” the teenagers who, in spite of threats to their young lives, integrated Central High School in Little Rock, Arkansas with the help of the National Guard. Reverend Harcourt Klinefelter will talk about Dr. King, the man he knew. As a young graduate of Yale Theological Seminary, he went down South, found him and worked for him for three years until his death.

Adrienne West, David Cameron and Marjorie Barnes – from the Broadway and London casts of Bubbling Brown Sugar, Ain’t Misbehavin’ and Five Guys Named Joe – will sing songs so integral to the Civil Rights Movement. Young students will talk about what Dr. King means to their lives today and tomorrow. Jimmy Yarnell and a jazz group from ASH will provide musical entertainment. Soprano, Liat Alkan will sing and a group of students she directs, who appropriately call themselves Distant Cousins “will lift up their voices.”

From the United States Embassy, Adam Sterling, Chargé D’Affaires will reflect upon his memories and impressions as well as excerpts from the Martin Luther King Day Proclamation of President Barack Obama.

So much has improved since Dr. King first spoke of “His Dream,” but the battle to eliminate racism and discrimination is still a task for today and tomorrow. The message and motto of Martin Luther King Day is a challenge for all people: “Make this a day on, not a day off!” In other words, do something to make Dr. King’s dream a reality.

“Let Us Break Bread Together” Join us for a simple dinner, the kind Dr King might have liked and please bring the children.