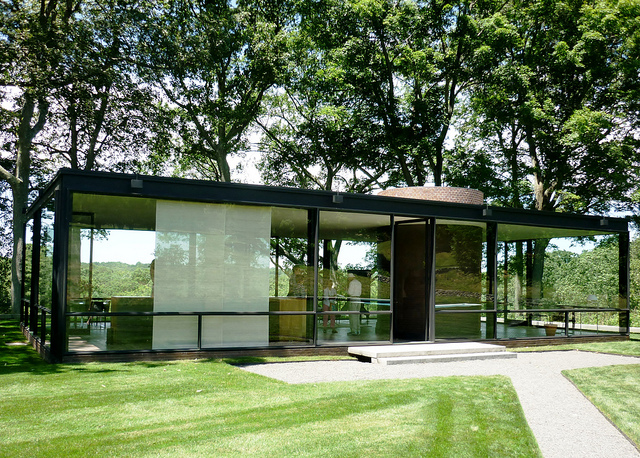 Henry Urbach is Director of the Glass House in New Canaan, Connecticut, one of the 20th century’s most significant residential structures.

Built in 1949 by Philip Johnson — an enfant terrible of American architecture —as a weekend retreat that grew over several decades into a campus comprising numerous structures and an important art collection. The Glass House is an icon of American Modernism and an object lesson in the confluence of architecture and nature.

Urbach is in the Netherlands at the invitation of the Iconic Houses Network, of which the Glass House is a member. Founder Natascha Drabbe of the Iconic Houses Network will give an introduction about the origin and the work of the ICN. Urbach studied architecture as well as history and theory of architecture at Princeton and Columbia Universities. He has taught at numerous architecture schools, including UCLA and Parsons School
of Design, and for ten years had a gallery in New York dealing in contemporary art and experimental architecture. In 2006 he was appointed curator of architecture and design at the San Francisco Museum of Modern Art, and became director of the Glass House in
2012.

Join us for an evening about one of the most praised
architectural works of the 20th century.

In cooperation with Booking.com, with thanks to
IconicHouses.org and the US Embassy