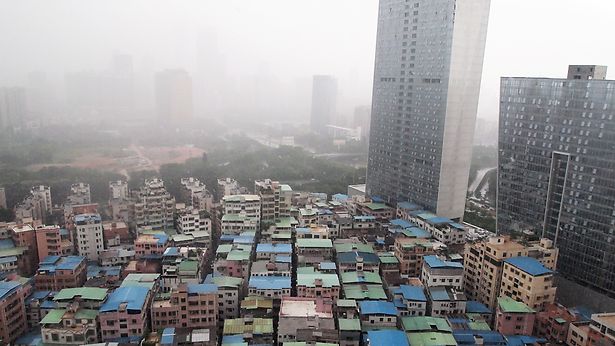 The Ivy Circle is a community of Dutch alumni clubs of leading North American universities and business schools. The Ivy Circle connects more than 1500 member alumni to initiate business, social and cultural activities. Within the Ivy Circle community, member alumni clubs develop and maintain an active calendar of events.
Join STEFAN AL, Dutch architect and Associate Professor of Urban Design at University of Pennsylvania, for his book launch and a debate about rapid urbanisation in China and elsewhere:
CHINA: VILLAGES IN THE CITY
7pm on 20 August 2014 at Pakhuis de Zwijger in Amsterdam
Countless Chinese villages have been engulfed by modern cities. They no longer consist of picturesque farms and feng shui groves, but of high-rise buildings so close to each other that they create dark claustrophobic alleys—jammed with dripping air-conditioners, hanging clothes, caged balconies and bundles of buzzing electric wires, and crowned with a small strip of daylight, known as “thin line sky.”
At times, buildings stand so close to another they are dubbed “kissing buildings” or “handshake houses”—you can literally reach out from one building and shake hands with your neighbour. Stefan Al led a team of 20 researchers who interviewed villagers and visited and photographed their homes and environment, documented in the book “Villages in the City: A Guide to South China’s Informal Settlements”.
Stefan Al is a Dutch architect and Associate Professor of Urban Design at the University of Pennsylvania.
He co-teaches an online Coursera class Designing Cities to more than 30,000 students each year. He also edited the book Factory Towns of South China, and was one of the designers of the 600-meter tall TV tower in Guangzhou, China.
WHEN:
Wednesday, 20 August 2014 at 19.00.
WHERE:
Pakhuis de Zwijger, Piet Heinkade 179, 1019 HC Amsterdam
REGISTRATION:
Admission is free. Please register at: www.dezwijger.nl/villagesinthecity
A cash bar is available following the event, and Stefan will join Ivy Circle alumni for a drink. If you plan to join please also email: info@ivycircle.nl