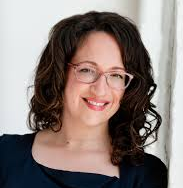 How do you spot the emerging trends in business, technology and culture so that you can distinguish the trend from the trendy? Futurist Amy Webb, founder of the Future Today Institute, is coming to the John Adams to discuss her new book The Signals Are Talking – about how to predict which of all the seemingly random ideas appearing at the fringe will become mainstream. Technology affects our work but also our private life, as Webb shows in her hilarious TED talk ‘How I Hacked Online Dating’, which has been viewed over 5.5 million times. Read more…